Circuiti Liquidi is the name of the new rotating lamp developed by Italian design students Francesco Rogante and Ilaria Pirro who used the electrical conductivity of liquid in place of a switch. 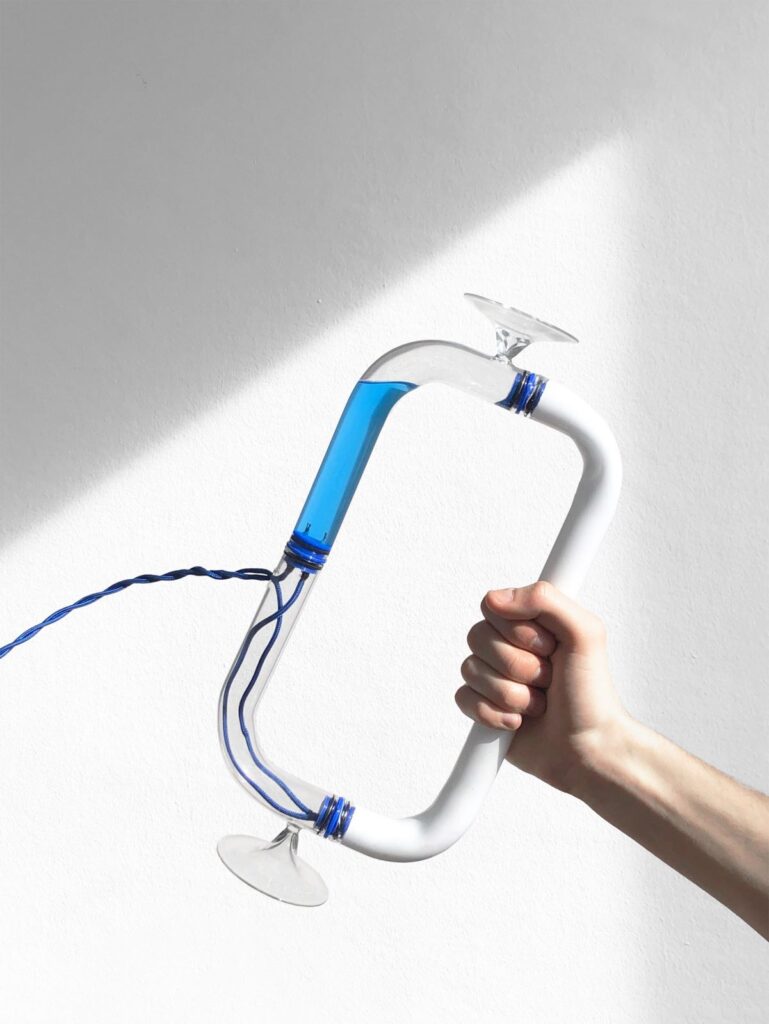 As Dezeen tells us, the tubular lamp has two bases, which the user alternates between as they turn the lamp upside down and back again in order to activate the light. 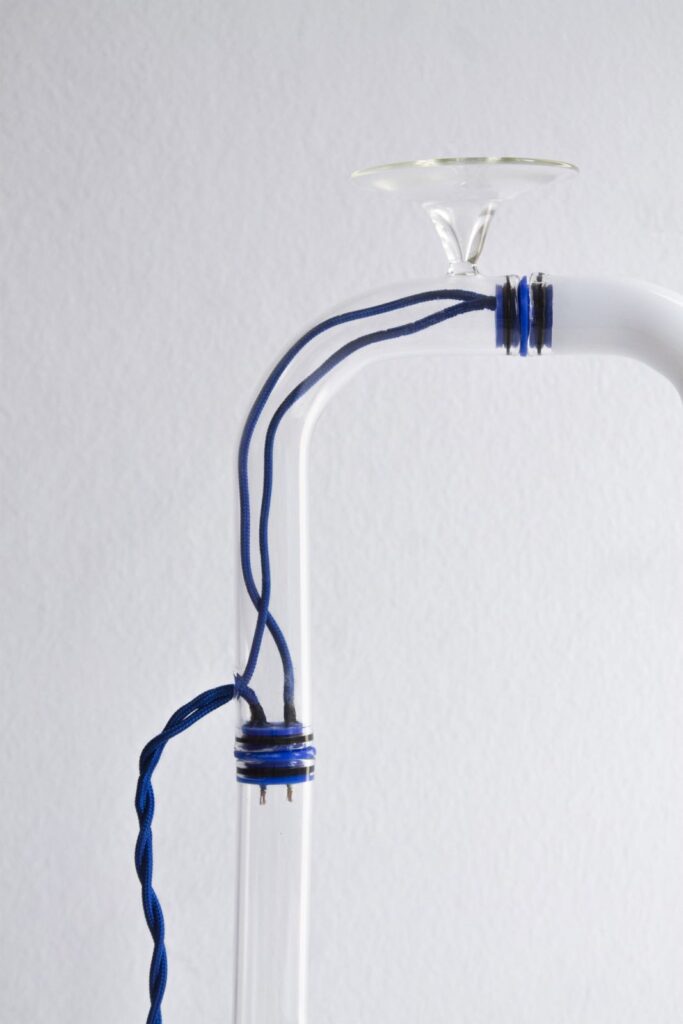 Circuiti Liquidi’s main structure is made from a rectangular, tubular glass ring that has been cut into three parts, and secured into place using 3D-printed caps; one of the three air-tight sections contains a blue liquid, while another contains electrical cables, which are fed out of the lamp and connected to an ordinary socket. 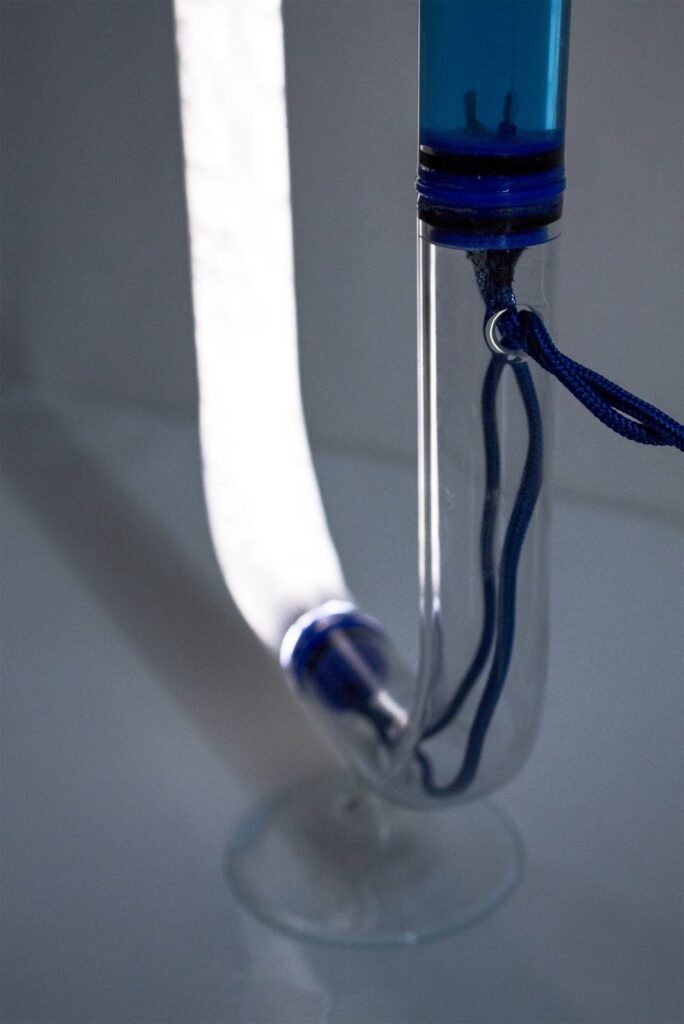 This circuit must be closed for the lamp to switch on, so the liquid performs the same role as a traditional on-and-off switch; in addition, the cables that connect the LED to the electrical current have been cut and fixed inside one of the 3D-printed plugs, allowing two sections of copper cable to pass through. 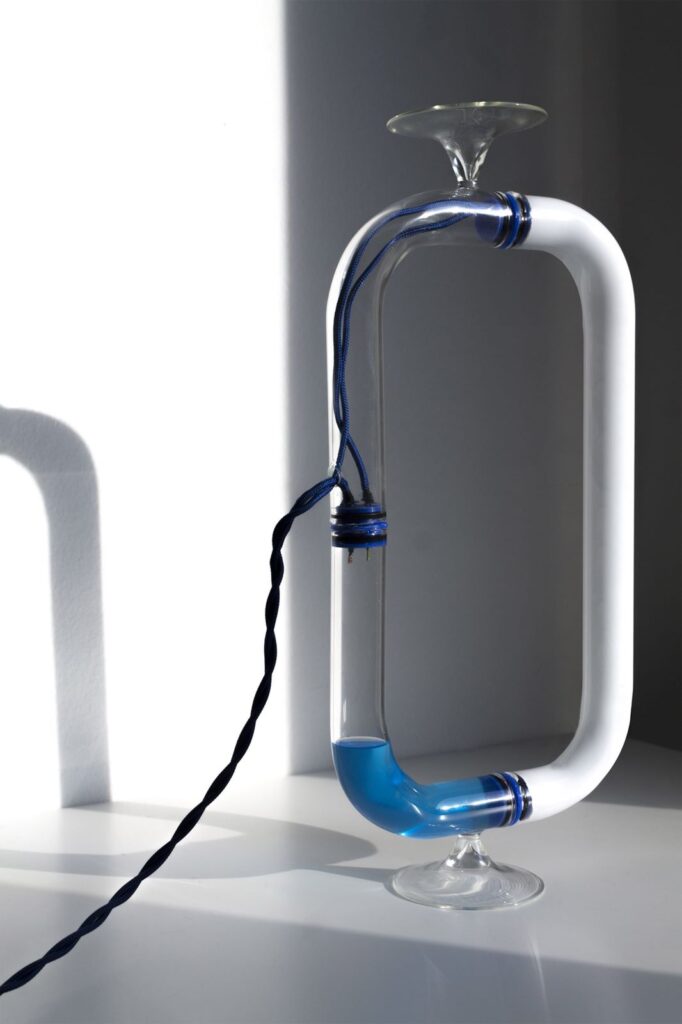 Once Circuiti Liquidi is turned upside-down, the blue liquid comes into contact with the two copper ends, closing the circuit and in turn making the light come on. 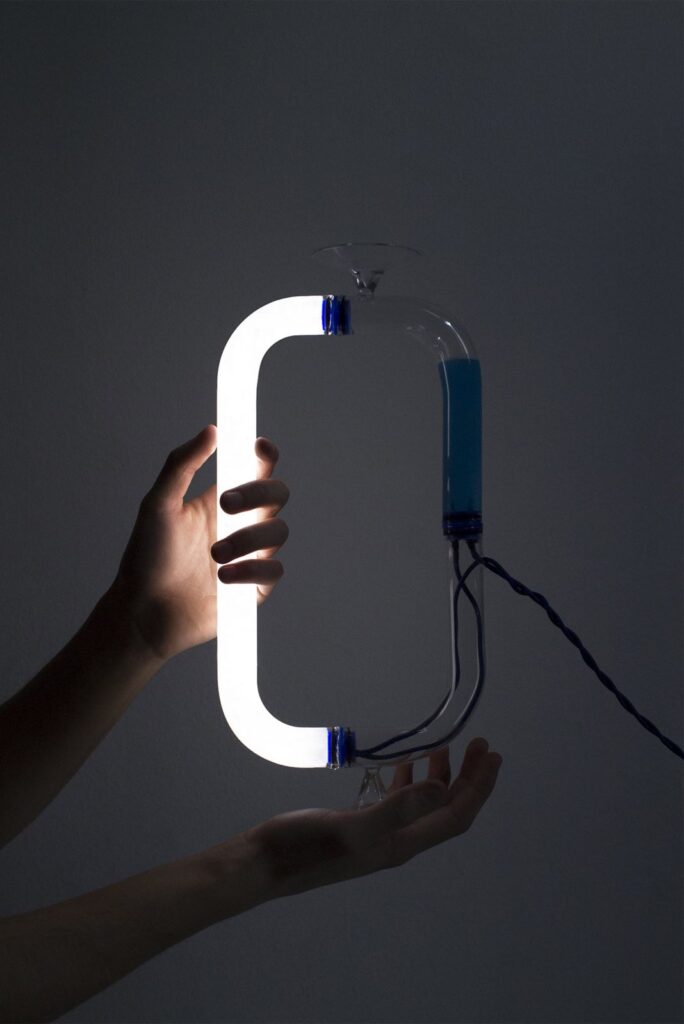 The project aims to combine two elements that are generally seen as an oppositional pairing, liquid and electricity, making the user the real protagonist of action. 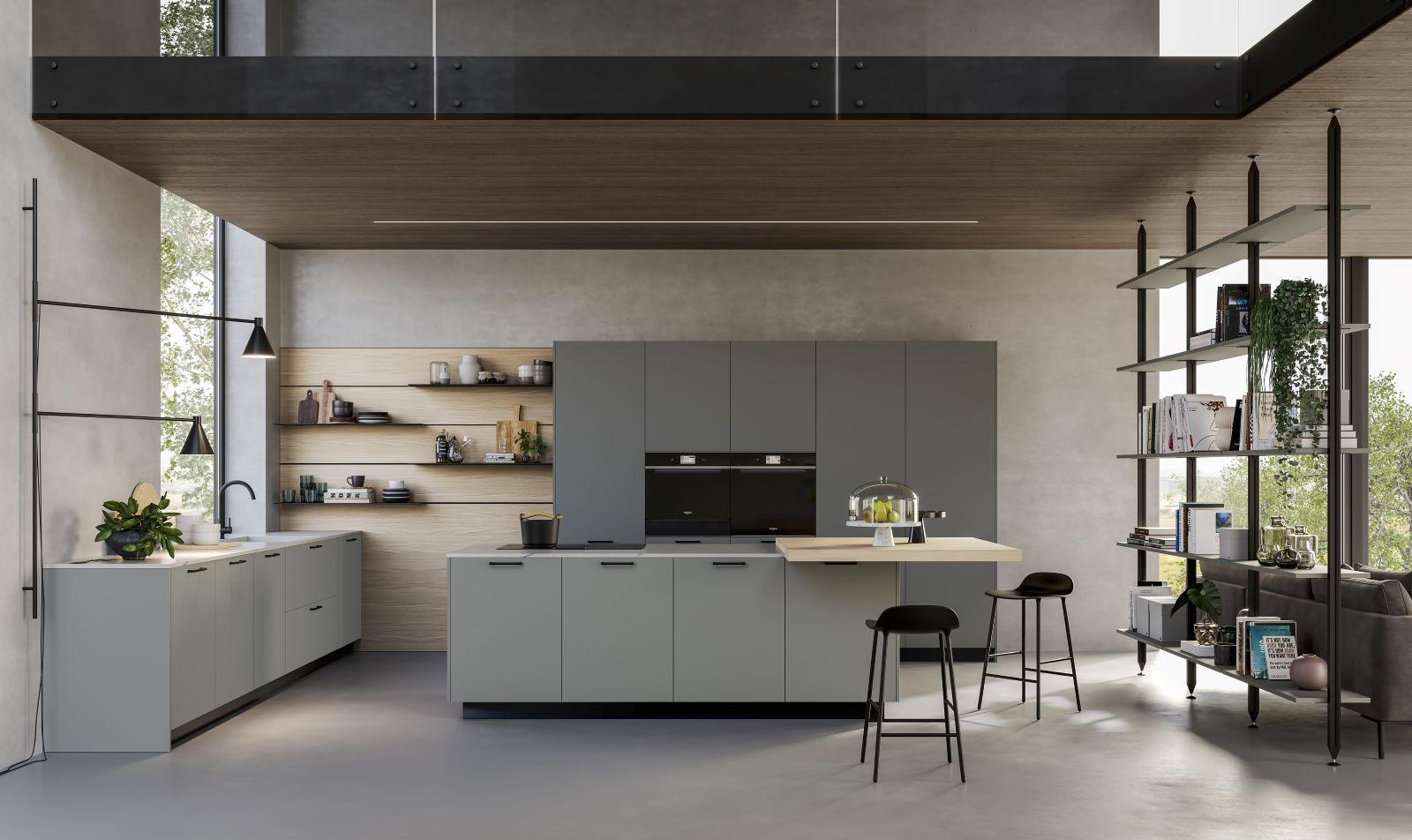 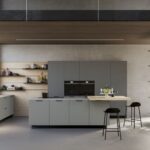 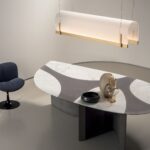