The interior designer Andrea Auletta recently renovated the Hotel Mioni Pezzato & SPA in Abano Terme (PD) extending the spa to an area of 270 square meters, opened to the public in June 2021. 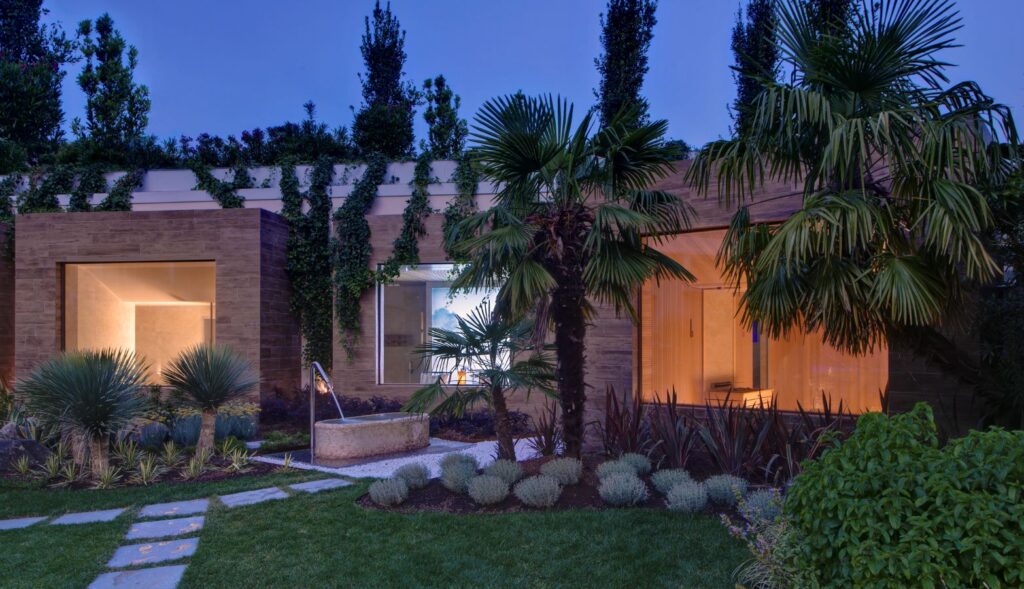 “Already in 2018 I was in charge of the restoration of the hotel Mioni Pezzato & SPA and this year I have focused on the expansion of the SPA, with the creation of a new building located in the large and beautiful garden, that is connected with the hotel. The structure is provided with a different types of rooms: three Turkish baths, a Finnish sauna and an Ice Room, that is a place with a temperature close to zero degrees with a snow shower and an ice wall.

The three Turkish baths are different from each other in terms of their functional aspect, as well in the type of aromatic atmosphere. The Finnish sauna is characterised by glass window that overlooks the garden, and this configuration is also in common with one of the Turkish Baths. In total, the spa offers customers five different and very unique experiences.” 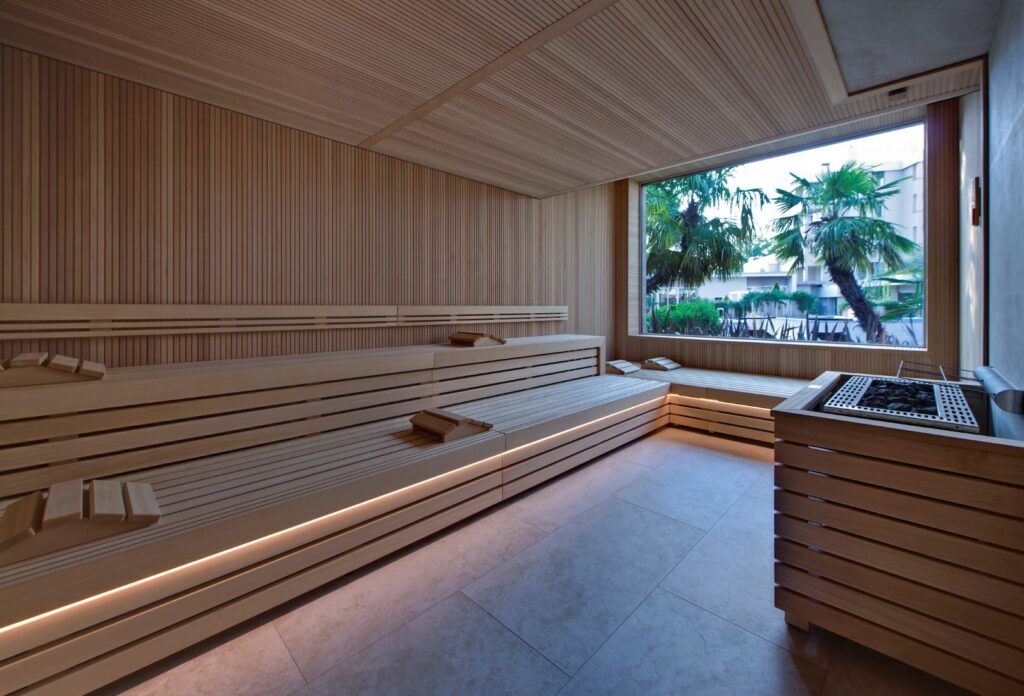 From the outside, these structures are cubes in stoneware that harmonically integrate with the green space and represent contemporary elements in the park of the hotel, without being an excessive presence.

Inside the spa, the materials used are travertine effect grés and wood slats for the ceiling, obviously with water and fireproof treatment; there are also two large backlight pictures to simulate one of the lakes in the Euganean Hills area, where the hotel is located, with steam emissions and a flight of ducks, a typical landscape of the area. 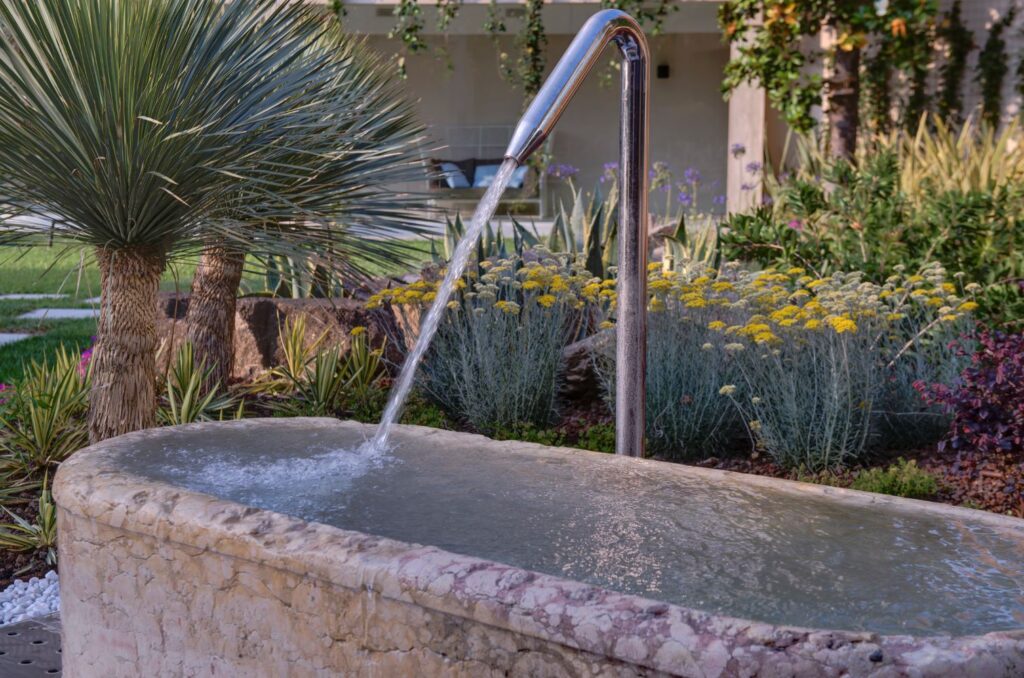 The finishings are different in each cabin, in accordance with the service they offer: white marble to represent salt in the saline cabin, eucalyptus with dark green tones with reeds that descend from the ceiling, generating a singular play of light rays, white the ice-room with cold light, while the one with the glass window overlooking the garden has a honey warm light.

The access doors to the cabins are made of canned glass that recall the striped ceiling and the Mutina coating with vertical stripes with a pinstripe effect; the doors and windows on the outside are large glass walls of very high thermal performance with a large opening on the outside and the aluminum fittings are embedded in the structure leaving only the glass visible. 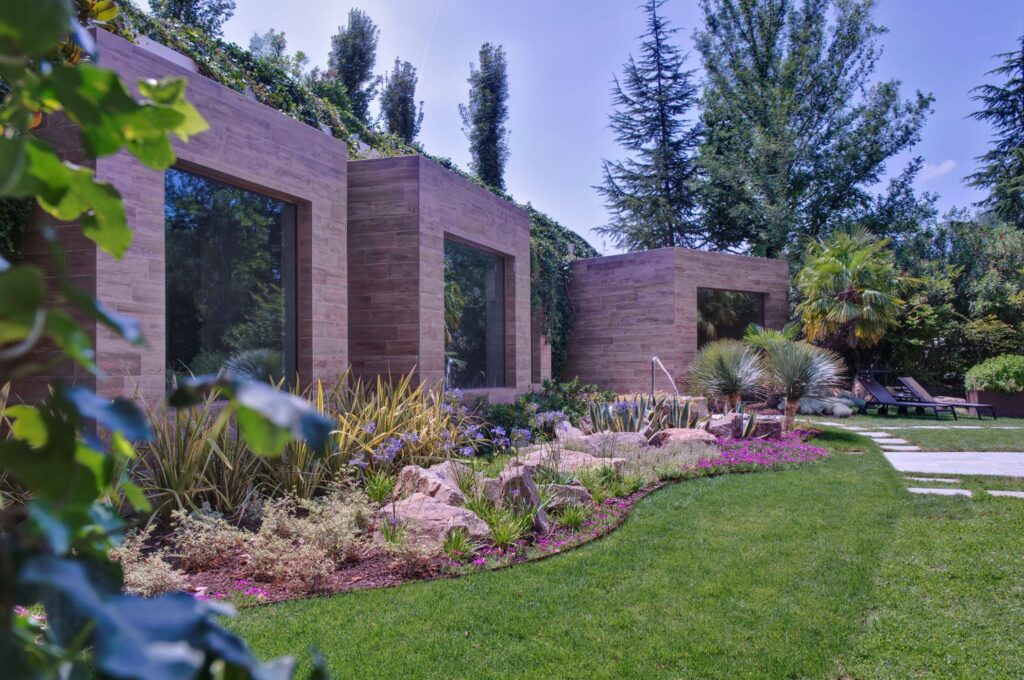 The lighting concept generated a very soft light designed to give a feeling of relax, also due to the lighting coming out from various angles, from under the seat or from the ceiling.

The SPA is connected with an area of the hotel where there is a series of swimming pools, a mud treatment area, a massage area, a large relaxing area; from there you can directly go out into the garden characterized by a very original installation of green, in which is incorporated a marble pool pre-existing at the hotel and where the customer can immerse themselves to feel a suggestive experience of the antique. 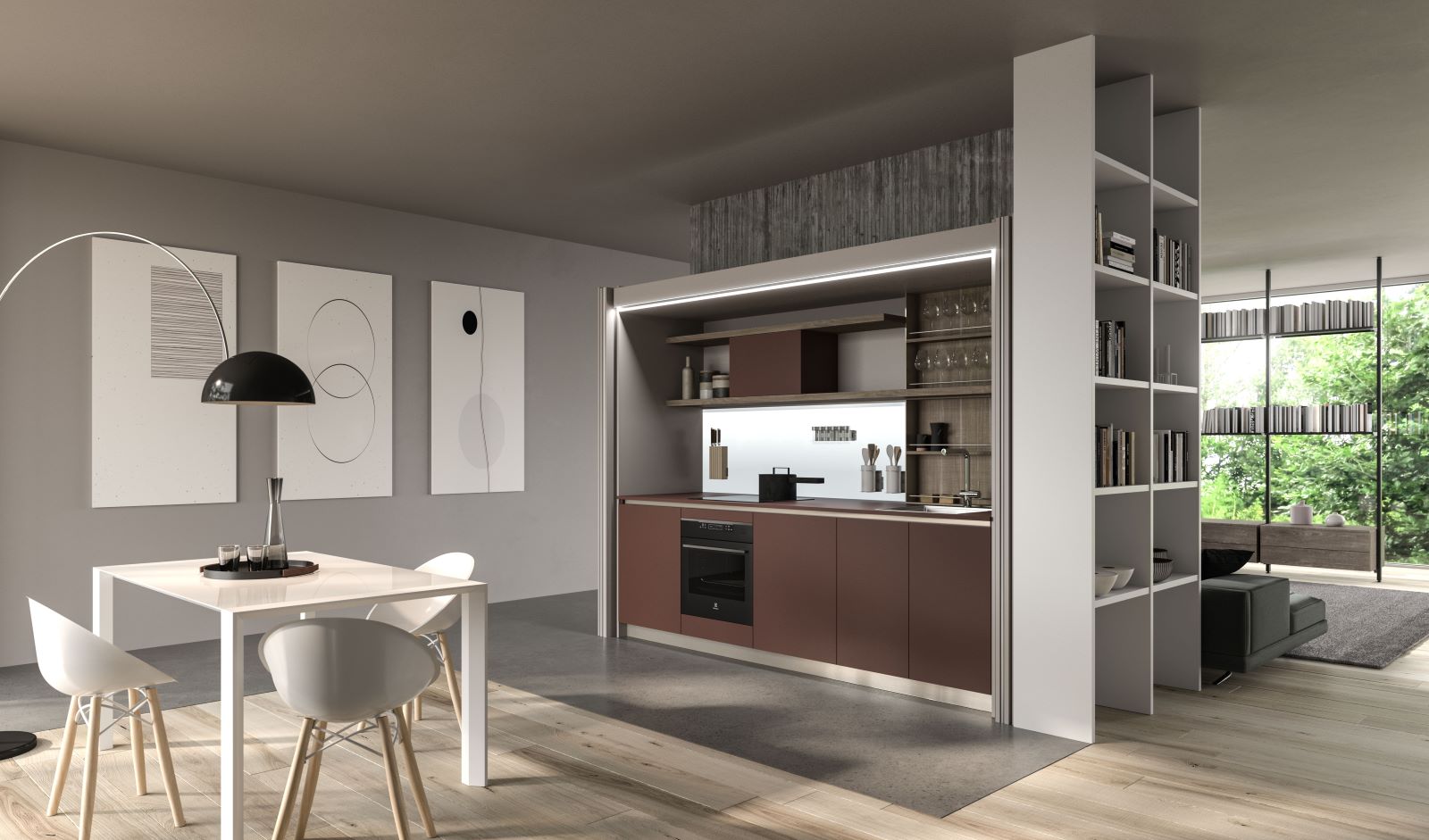 Phantastic, the innovative product by ARAN Cucine for Fuorisalone 2021 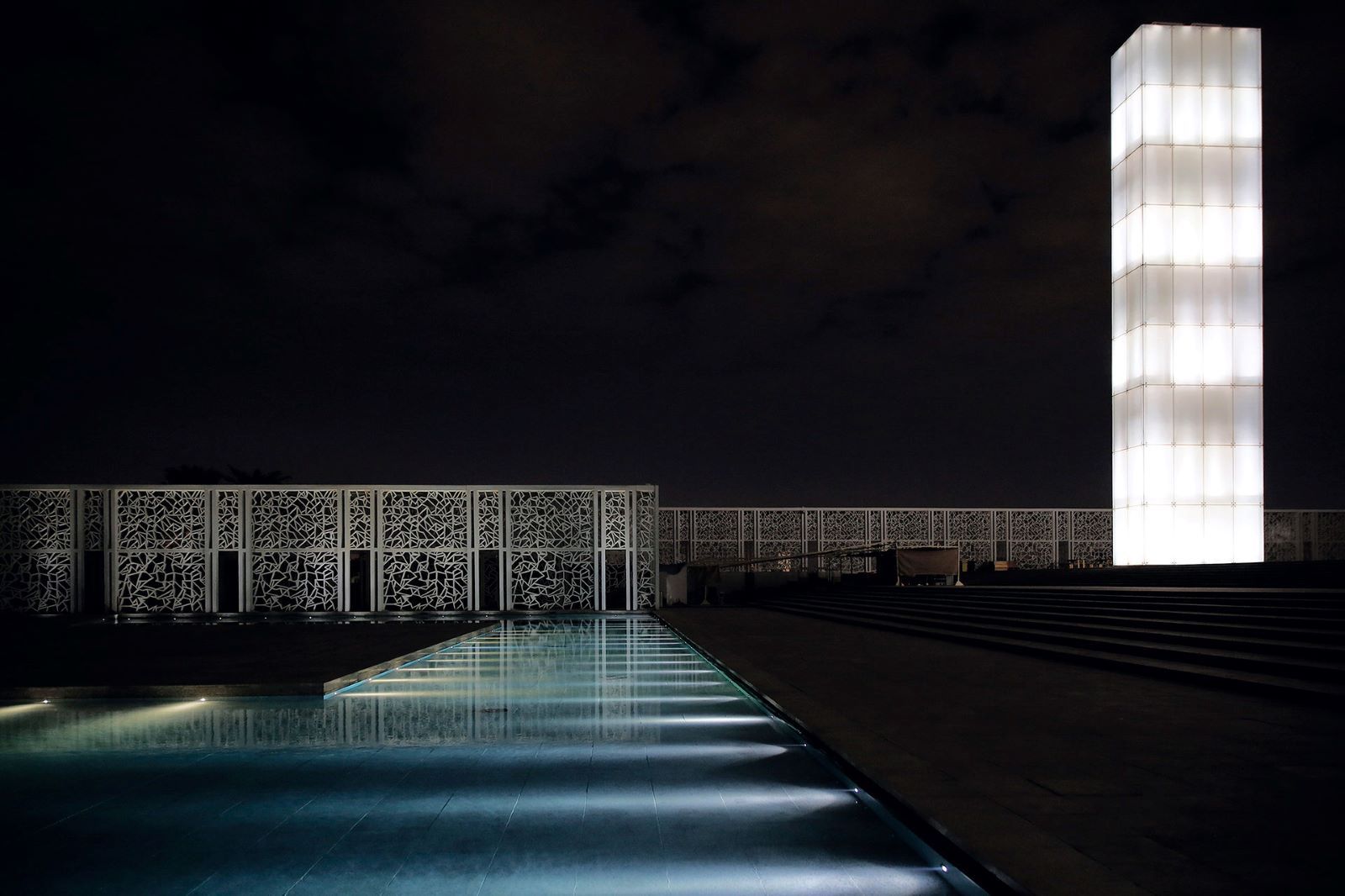 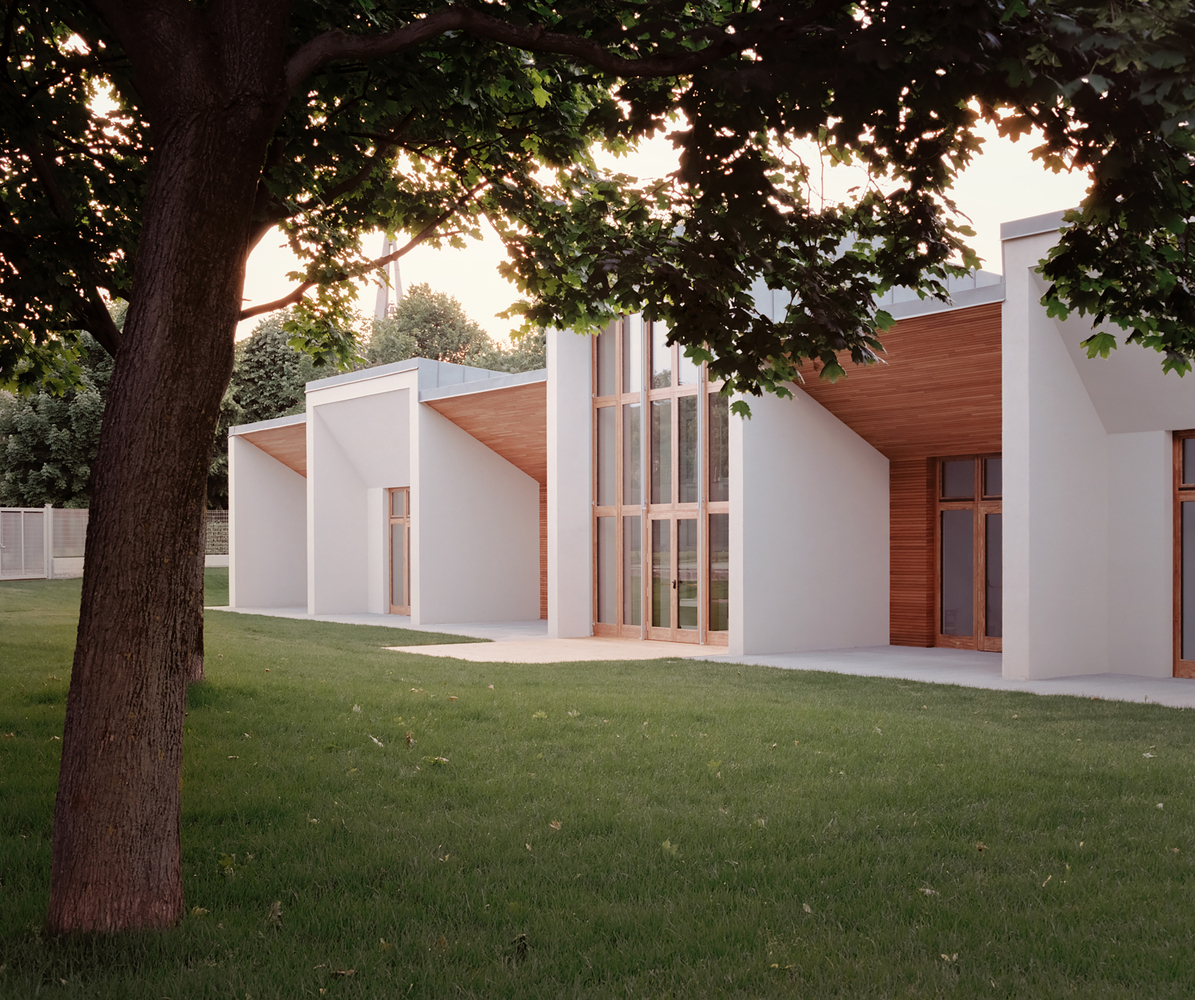 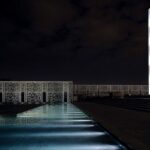 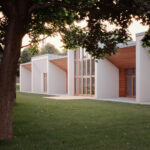 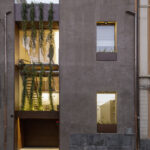